An expression of interest (EOI) was launched back in January 2017 followed by a request for proposals (RFP) to procure up to 180 MW of solar PV farms equally distributed across the four main Lebanese regions: North, South, Mount Lebanon, and the Bekaa. A total of 12 PV farms across these regions were planned to be selected based on a competitive negotiation procedure based on the lowest received tariff.

The objective of this project is to add to the total installed capacity of solar PV energy and bring the national energy mix a step closer to the renewable energy targets.

The interested parties from the private sector have submitted their proposals in response to the RFP, which were technically evaluated and shortlisted. The financial offers have been opened as well, and the negotiations on the final tariffs were concluded with a final meeting with the Minister of Energy and Water on 4 February 2022. The macro fiscal situation and the deterioration of the local currency was a key element within the negotiation procedure following which 11 bidders shortlisted for the negotiation phase committed to abide by the tariff of 5.7 US Cent per kWh in the Bekaa implementation region and 6.27 US Cent per kWh in the other three regions over a period of 25 years starting from the Commercial Operation Date. The 11 bidders also agreed to to having the payments disbursed in accordance with the Sayrafa platform of the Central Bank of Lebanon (BDL) and 70% in USD while the remaining 30% of the amount of each payment to be disbursed in LBP 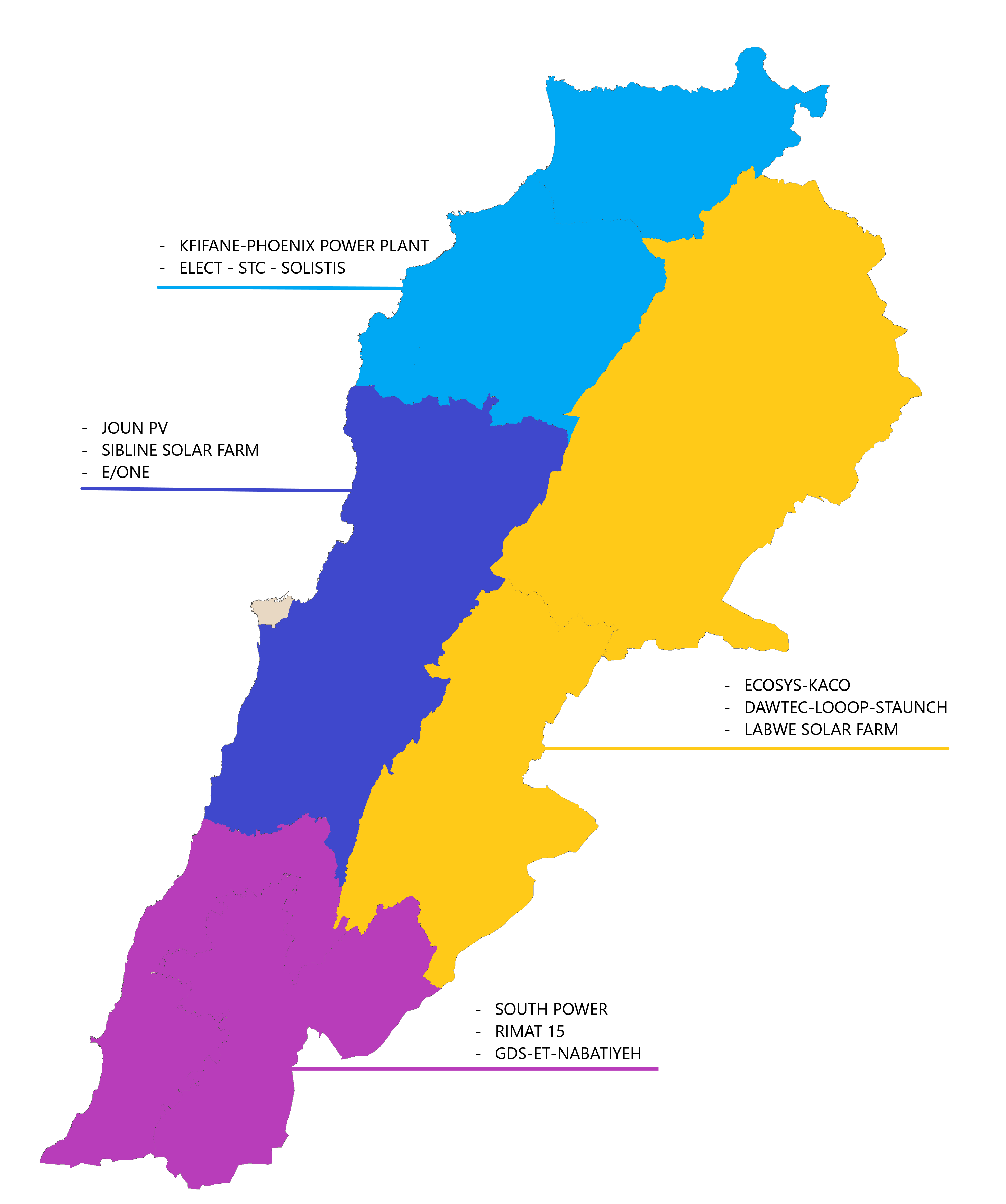