The early phase of the project was designed in a way to provide the Lebanese streets with safe and energy efficient lighting with intelligent control and maintenance procedure.  With respect to this, the Lebanese Government willingly dedicated 0.5 Million USD to the public street lighting project to replace and install photosensors in the various street lighting systems in order to illuminate the roads when needed.

This was accompanied with the development of technical requirements for the energy efficient street lighting lamps and awareness campaign targeting the installation and maintenance of photosensors.

Out of the 0.5 Million USD provided by the Government, 0.25 Million USD were dedicated to the purchase of the new photo-sensor devices and the remaining to capacity building, awareness buildings and marketing. The estimated savings of this project allowed us to build a database on the available lamps used by the municipalities. The average power consumption of these lamps is around 200 watts per lamps. The installed photosensors helped controlling 105526 lamps all the around the Lebanese territories. This leads to an estimate savings of around 2 million USD per year.

Recently, LCEC completed a maintenance contract for 130 PVSL system at the Madfoun region which was previously installed by the MEW. In parallel, LCEC launched an RFP for supply of equipment to do the maintenance of a part of the PVSL systems that are installed in Lebanon. The financing for the projects were completely available to the LCEC through funding by the MEW. 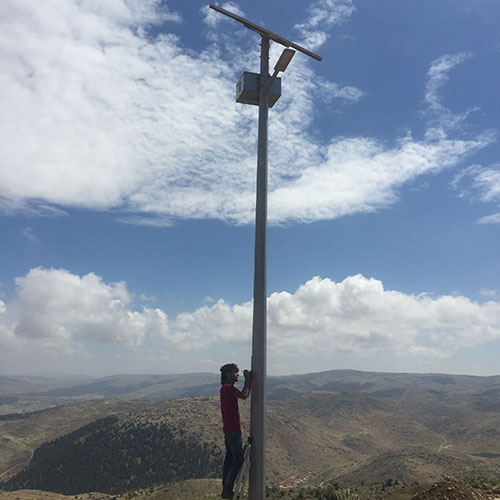